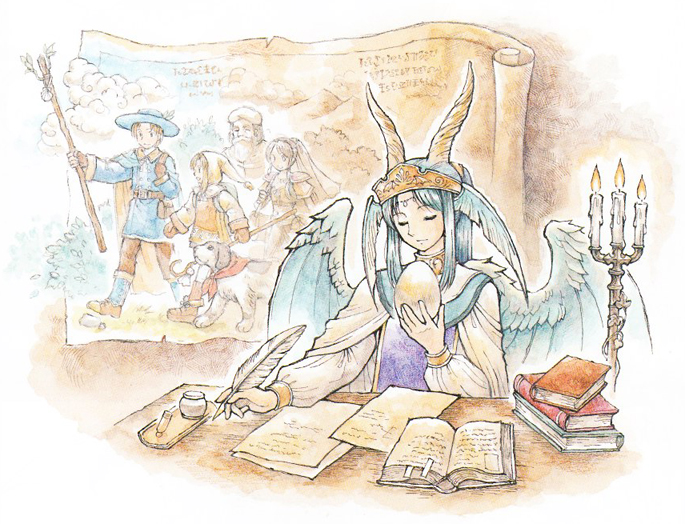 Ryuutama is an RPG developed in Japan by designer Atsuhiro Okada. It is set in a world where the "NPCs" of the village—the bakers, farmers, shopkeepers and healers—set off on a wonderful adventure exploring a fantasy world together. Some people colloquially call it "Hayao Miyazaki's Oregon Trail", because of its heartwarming (in Japanese "honobono") feel of family anime, and its focus on traveling and wonder over combat and treasure.

The characters are travelers in a world without classical fantasy wizards and warriors. Instead, the characters are minstrels, merchants, healers, hunters, artisans, farmers and nobles who decide (or were fated) to leave their towns and explore the world. Using a light rules system based on polyhedral dice where the randomness in results leads to more story development, Ryuutama provides a framework for travel-focused stories fun for adults and enjoyable for all ages. 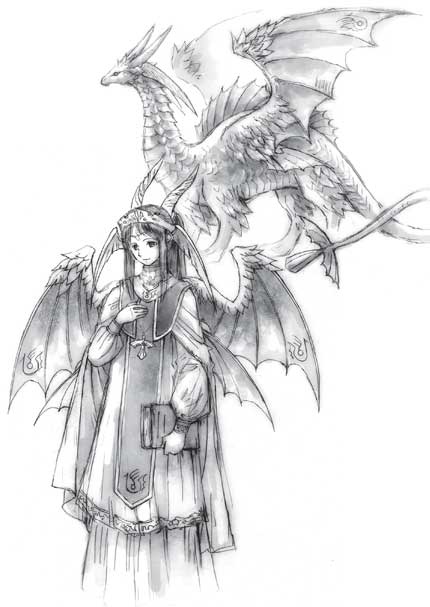 The game master also creates a special character with its own unique character sheet, called the "Ryuujin". The half-dragon Ryuujin remains "offscreen" most of the time, but watches over the other characters, and can provide limited spells and abilies to support them. The GM provides advertisy that the players have to overcome, but at the same time they protect and nurture the characters. Heart: The City Beneath

Heart: The City Beneath